This dictionary is a successor of the Encyclopedic dictionary of Czech (2002). It is more extensive and contains about 1,600 entries which explain over 5,000 linguistics terms in total.

The dictionary operates in the field of Czech studies and philology as well as in other disciplines like for instance phonetics. It tries to sum up and comprehensibly explain the structure, functionality, and etymology of Czech language. It is based on czech and international conceptions as well. At the same time it reflects new inventions in domestic and foreign linguistics and what they have brought the world. The dictionary also covers recently adopted fields like computational linguistics, quantitative linguistics, cognitive linguistics and so on.

The dictionary contains entries of spoken and written form of Czech and different variations of both. These entries are accompanied with audiovisual records (records of sign language, records of dialects etc.).

Although it looks professional, the target audience of the New encyclopedic dictionary are not czech linguists and experts only. It is opened for everyone who is interested in Czech and linguistics in general. For this instance each entry is structured into two separate levels, where it is reasonable – basic and advanced.

Department of Czech Language, Faculty of Arts, Masaryk University in Brno is the creator of this dictionary. Online version is developed by Natural Language Processing Centre, Faculty of Informatics, Masaryk University in Brno. In total there are 190 contributors from all around the world which participated on many different levels (managing the entries, developing software for editing, proofreading, preparation for publishing and so on).

The development phase is over now and the dictionary is being prepared to be published. The online version can be found here. 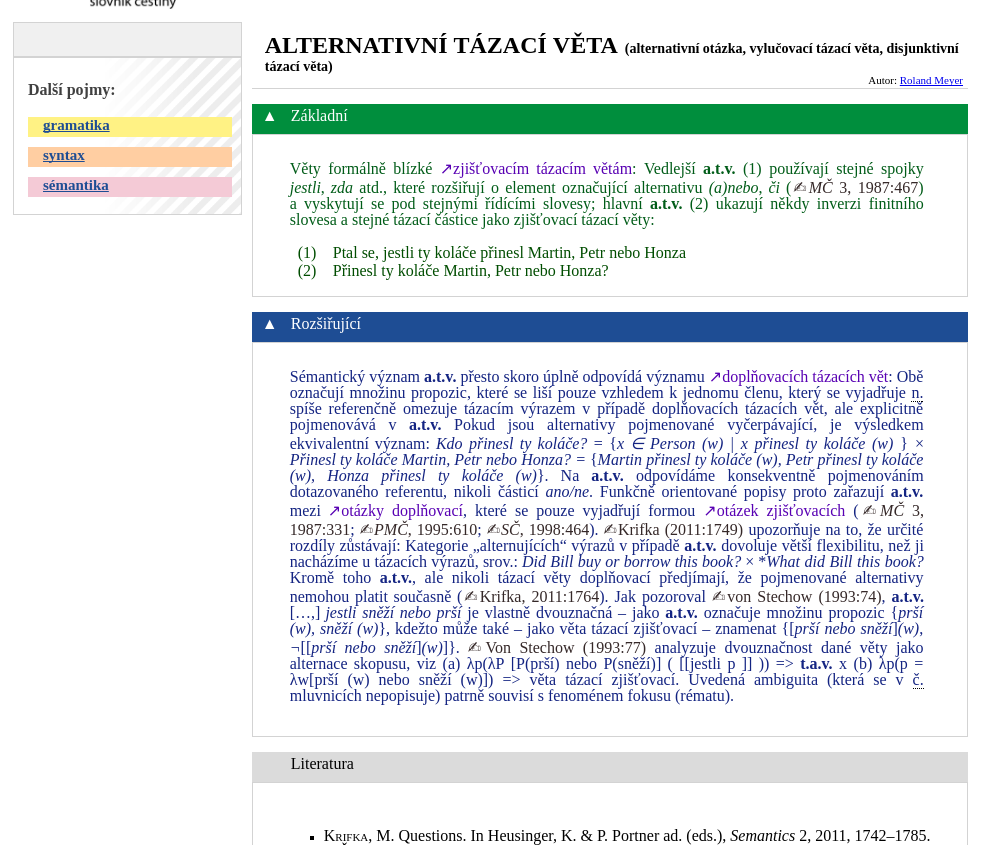